CORONAVIRUS UPDATE Australias federal government released a 3 stage plan in May and the country is beginning to re-open for travel however, each state and territory will decide when and how far they will relax restrictions. For more details check State Websites

Travelling by campervan is one of the best ways to explore Australia, allowing you to cover large areas of this vast and diverse country. From the rules of the road to the months to avoid, here is everything you need to know about travelling Australia by campervan.

Australia by Campervan: The Essentials

Most companies will only rent campervans to drivers over the age of 21. Some companies may allow drivers aged 18, but will often add on a young driver’s surcharge. Campervan rental companies will usually require a credit card and ID at the time of the transaction.

Other than that, all you need is a valid driver’s licence, and an international driving permit if your licence is not in English. You can apply for the permit online by filling in a form and paying a small fee.
Driving

It’s worth noting that each of the 8 Australian states has slightly different driving rules, so be sure to check the regulations for the specific area you’d like to travel. However, aside from the usual laws like sticking to the speed limit, there are a few rules that apply all over the country that you need to bear in mind.

It is illegal to park your car in the opposite direction of traffic, no matter how quiet the road is
It is illegal to sleep in your car in any area unless in a designated campsite (see ‘Where To Stay’ below)
Most campervan hire companies will not cover you if you drive at night. That is because much of Australian wildlife is nocturnal and like to spend time on the roads, making chances of a collision extremely high
.
It’s important to be prepared when driving in Australia. If you are unfortunate enough to break down in between destinations, you may well be stuck for the night on one of the country’s long stretches of road. In remote areas, you might also find yourself without any signal on your phone. Come prepared with plenty of food and water, a first aid kit and anything you might need to maintain your vehicle. Check your spare tyre before you go, bring some extra oil and petrol and bring along some basic tools.

Best Time of the Year to visit Australia by Campervan

As Australia is in the southern hemisphere, its winter months run from June through August, while summer is from December to February. The best time to visit will largely depend on where in Australia you want to go, as the weather can vary drastically in different parts of the country. In fact, Australia has no less than six different climate classifications.

In the north of Australia (Northern Territory, North Queensland and Western Australia) it’s the rainy season between October and March. It can be incredibly hot and humid, with temperature varying between 30 °C and 50°C. As well as lots of rain, there is also a risk of cyclones, making it highly inadvisable to visit during this time.

The south of Australia (Tasmania, New South Wales, Victoria, South Australia) has an oceanic climate with hot summers and a fairly mild winter. The middle of the country has desert-like conditions, with incredibly high temperatures upwards of 40°C in the summer and cold nights all year round.

Generally speaking, Australia is best visited during the spring (March to May) and autumn (September to November) months. This helps to avoid any extremes in temperature and make sure that you get the most out of your trip.

As mentioned earlier, in Australia you can only park your campervan for the night in designated areas. These include rest areas, state campgrounds and private campgrounds. Here is an overview of each type of site and what you can expect there.

This no-frills, free option is simply a parking space along the side of the road, usually with few, if any facilities. Because Australia is so big, rest areas are commonly found along most roads, designed to encourage drivers to take a break from long drives.

With that in mind, rest areas are not intended to be camping areas, and definitely not to be used for multiple overnight stays. Some will even have signs explicitly forbidding camping, while others are designated only for heavy transport and trucks.

These are basic campsites, often in remote locations or even National Parks. They usually cost a small fee which you can either pay online or in cash at an honest box onsite. State campgrounds don’t normally have electricity but will generally have toilets and a cold water shower.

Private campgrounds are a little more expensive but usually have all the facilities you could need, including hot showers, electricity, washing machines and kitchens. They offer a good opportunity to rest and get cleaned up before heading off for another day of driving.

WikiCamps is a handy app for finding a place to park up for the night. It’s the largest database of campsites in Australia complete with offline maps, photos, reviews and even a route planner that will show you how long you will need and how much fuel you’ll use. You can also filter for specific amenities like hot showers, or for campsites that accept pets.

Australia is a vast country with long stretches of open road that you could spend months exploring. If you only have a few days or weeks for your trip, you will have a much more enjoyable time if you focus on one area of the country. Here are some of Australia’s most popular destinations for campervan travel. 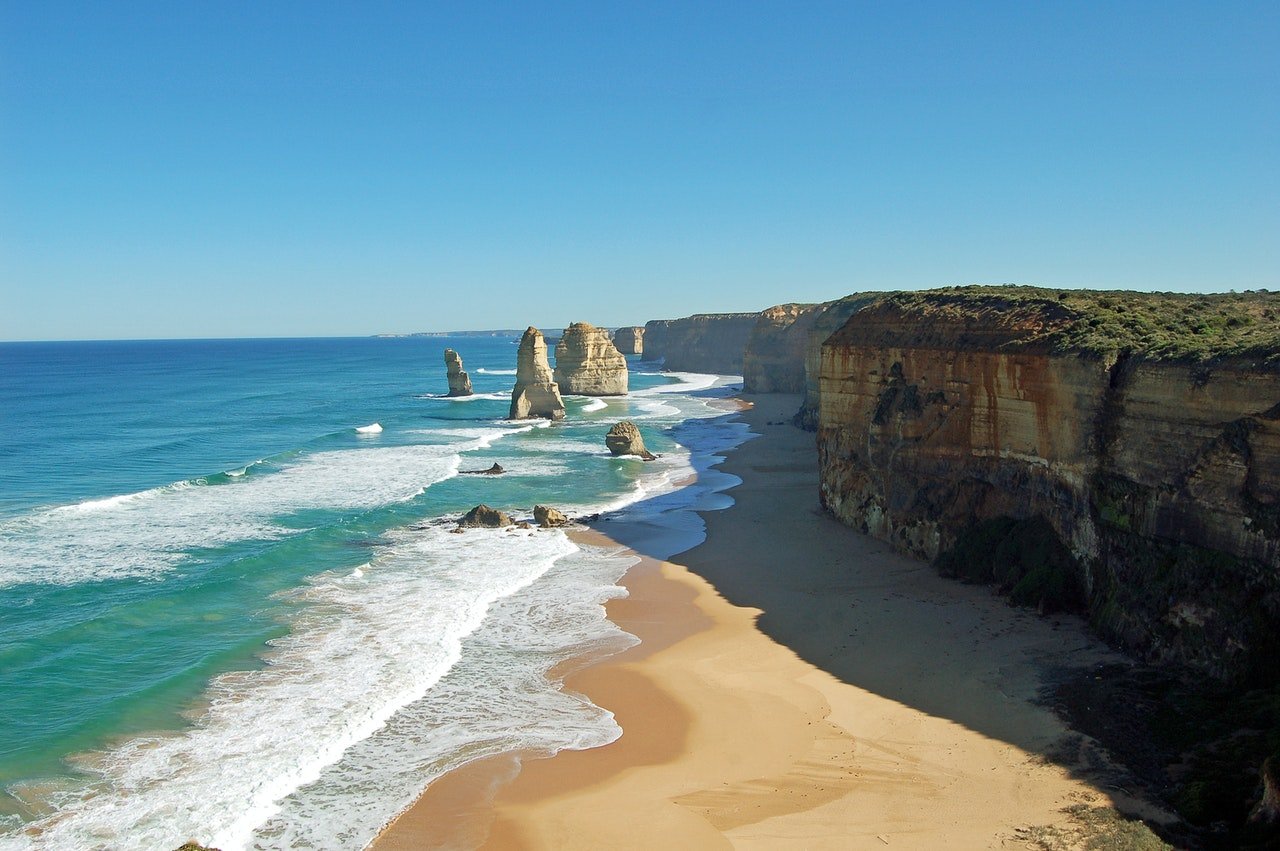 Starting in Torquay and finishing in Allansford, the Great Ocean Road is considered one of the most scenic coastal drives in the world.This 151 mile (244 km) road is packed with sights including breathtaking beaches, lush rainforests and rugged cliffs, including the world famous Twelve Apostles. There are dozens of beautiful places to stop along the way, making it best explored over the course of at least a few days. As it’s only an hour and a half away from Melbourne, it’s also the perfect place to start your Australian adventure. 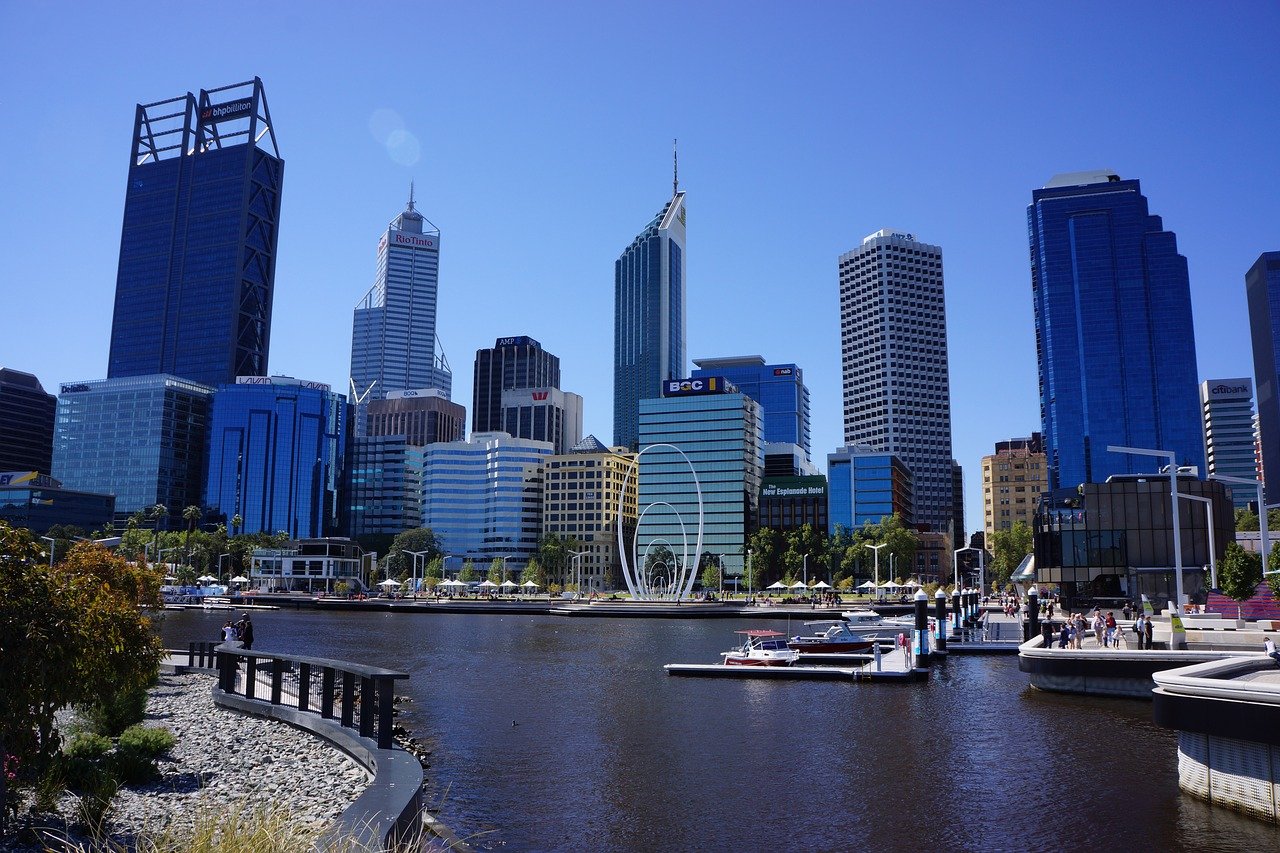 You could comfortably fit in a trip from Perth to Broome in a two week visit, but if you’ve got more time to spare then by all means, use it. There is so much to see along this diverse coastline, from peaceful National Parks to vibrant coral reefs, and it’s generally less crowded than the country’s eastern coast. Ending in the topical beach town of Broome, this route provides ample opportunities for relaxation in amongst the sights and attractions.

If you think you might visit a few National Parks during your trip it might be worth getting an Annual National Park Pass. You only need to go to three parks to make your money back, saving you money on the entry fees. 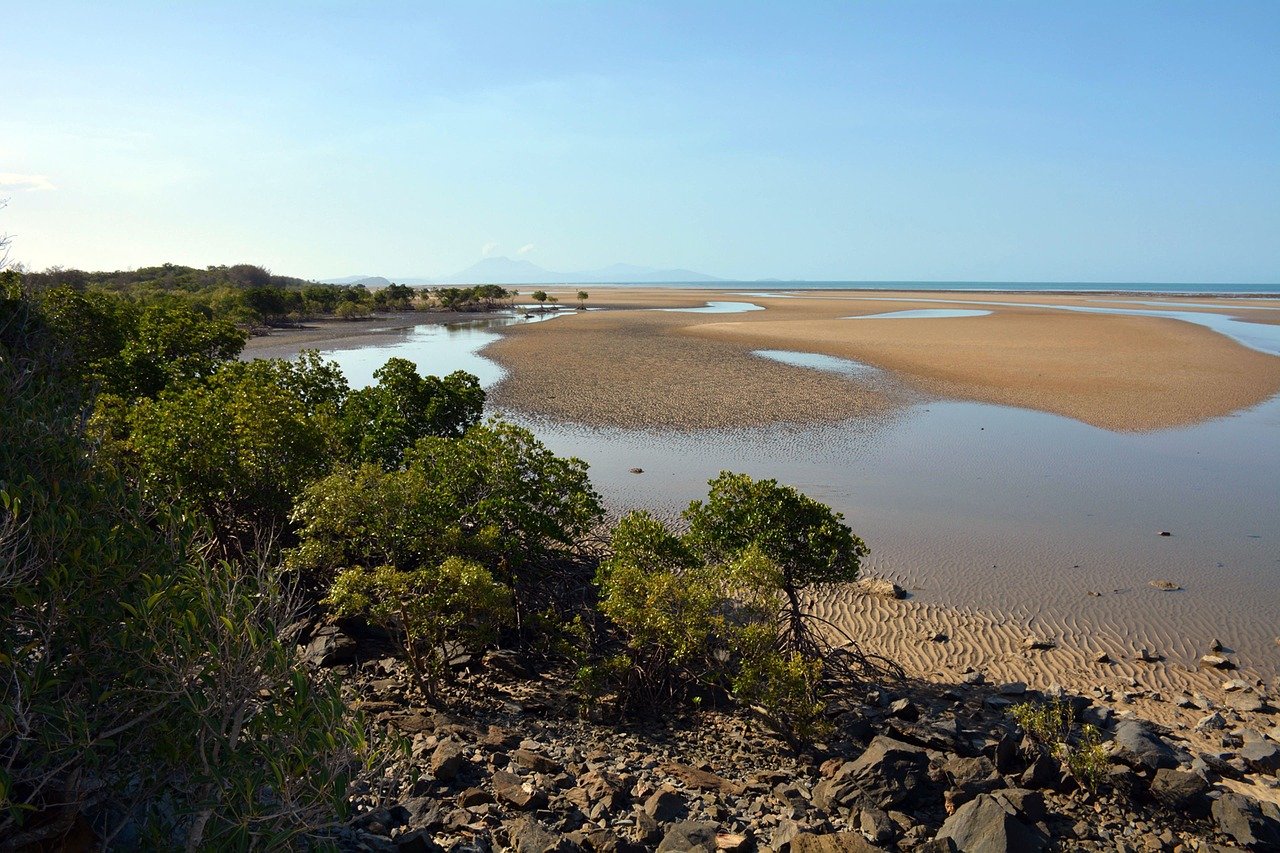 The most tropical part of the country, North Queensland is rich with Aboriginal culture, dotted with untouched islands and a treasure trove of outdoor activities. It’s also home to the iconic Great Barrier Reef and the heritage-listed Wet Tropics, the world’s oldest tropical rainforest.

There are a number of routes you can take through North Queensland, with plenty to keep you entertained along the way. Its signature route is the Great Barrier Reef Drive which runs between Cairns and Cape Tribulation, while Gillies Highway winds its way through dense woodlands and around soaring mountain peaks. 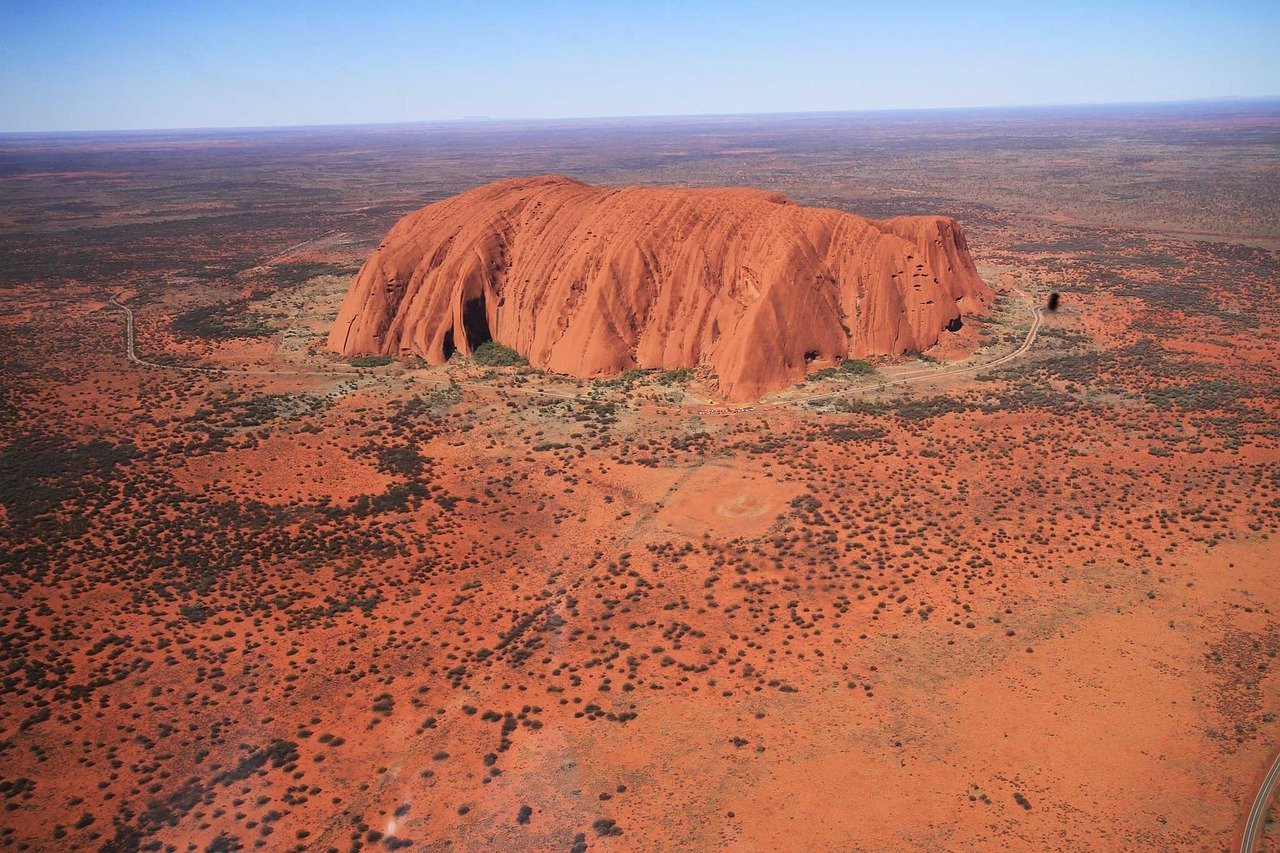 Better known as the Australian outback, a road trip through the Red Centre is one you’ll never forget. Starting from Alice Springs, you can drive the ancient landscapes to Uluru (Ayers Rock), an expansive sandstone monolith right at the heart of the country. This adventurous area showcases the best of Australia’s stunning desert landscape, with other incredible sights like the Kata Tjuta rock formations and the impressive Kings Canyon.

If you do want to explore the Australian outback be sure to do some extra planning. The summer months should definitely be avoided, and you must make sure the roads in your itinerary are suitable for campervan travel.

Preparation is key when it comes to planning your Australian campervan holiday, as the area you choose will largely dictate what time of the year you should visit. It’s also a good idea to plan for plenty of time – it’s easy to forget that Australia is almost as large as the whole of Europe, and in certain areas you might spend whole days on the road before reaching your next destination.

Whether it’s diving in the Great Barrier Reef and sunning yourself on the shores, or sleeping under the stars with Uluru on the horizon, put in a little time and effort and you’ll be able to plan a campervan trip that’s perfect for you. 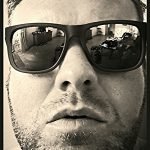 Karl O’Brien is a writer and adventure traveller from Dublin, Ireland. He has been travelling the world since his late teens. His adventures have taken him to the far reaches of the globe including most of Europe, North & South America, New Zealand, Australia, South East Asia and the Middle East. When he is not planning his next adventure Karl can be found building and renovating campervans. 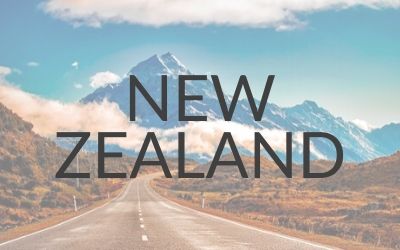 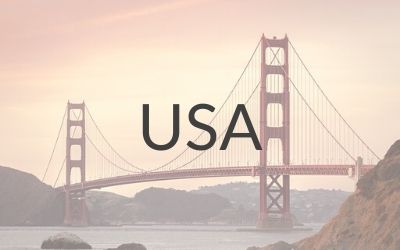 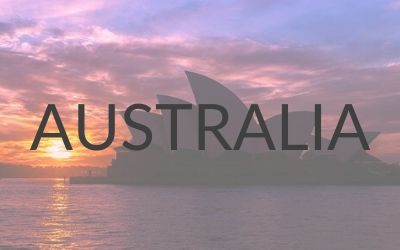 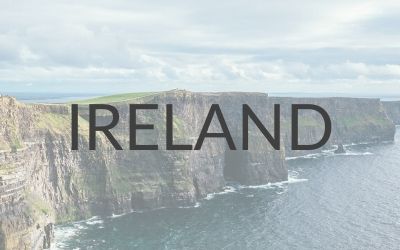 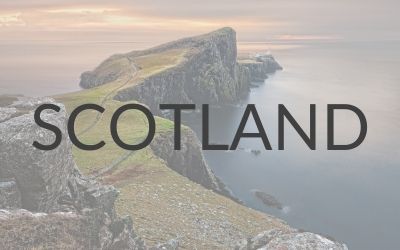 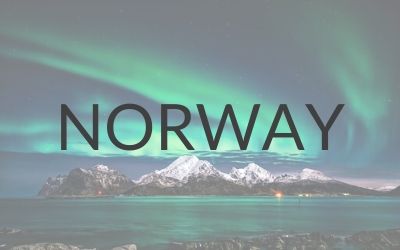 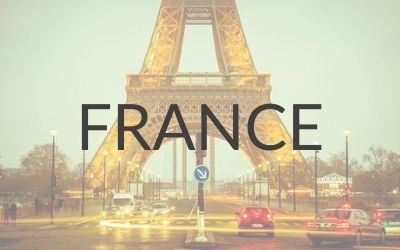